Tribunal for Russia unofficially supported by up to 16 countries 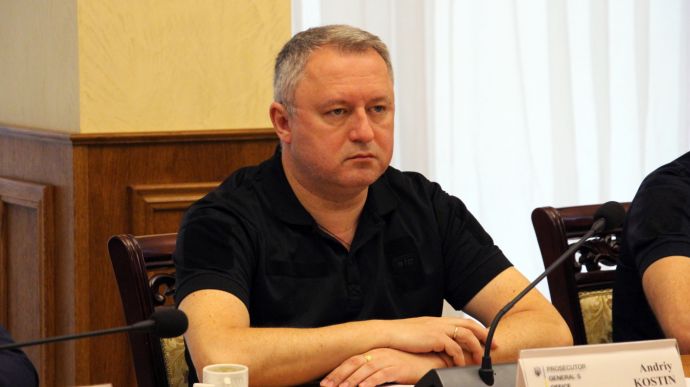 The creation of a Special Tribunal to prosecute the Russian Federation for crimes of aggression requires political will, and the number of countries that support the establishment of the tribunal is growing.

Source: Andrii Kostin, the Prosecutor General of Ukraine, in an interview to Interfax-Ukraine

Quote: “Due to legal restrictions, the International Criminal Court cannot examine the case regarding the aggression of the Russian Federation against Ukraine, and I consider this [Russian aggression] a primary international crime, without which all other atrocities against the civilian population would be impossible. And we cannot just leave this act of violence against the entire country unpunished.”

Details: According to the Prosecutor General, it is about creating a tribunal with support of a very wide range of participants.

“There can’t be just five or seven countries, there has to be all of them, and I mention it at every meeting. First of all, it is important that these would be the countries that are important in terms of the perception of the legitimacy of results of this tribunal,” Kostin said.

At the same time, the Prosecutor General drew attention to the fact that the main thing for the establishment of the tribunal is political will.

“Speaking about the need to create this institution, I always tell the foreign partners: “You have already voted at the level of the General Assembly, PACE, and the European Parliament and confirmed that there was a fact of armed aggression, just take the next step,” he said.

Quote: “The most realistic scenario for the creation of the tribunal is an international agreement. It would be signed by the government of the country, [and] ratified by the parliament, in case national legislation requires it.

In general, I did not hear arguments against [the idea of establishing a tribunal]: the dialogue is difficult, but I am optimistic about the prospects: the number of countries ready to support the tribunal is growing, so far we have unofficial support from up to ten or sixteen countries.”

Details: Kostin added that he, as a Ukrainian, would like the tribunal to be held in Ukraine, but the location of the tribunal is not a key issue.

“The most important thing is to bring Putin and his clique to justice. Therefore, let’s leave conversations about the place of the tribunal for the future, there are more important things for now,” he said.

“No matter what, we should not think about revenge, but about justice. Where exactly would the judges announce their verdict is another matter,” added the Prosecutor General.